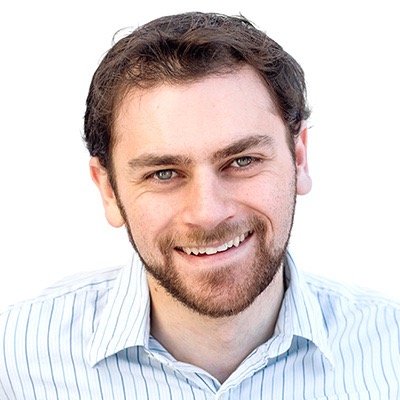 My name is Andrew Wagner. I'm the creator of Decree, Notecards, and several other apps and open source libraries as well as the author of Learning Swift.

I've learned and worked in many technologies over the years but lately I've taken a particular interest in Swift. It started with iOS development where I had previously been using Objective-C and then expanded into macOS and even server-side development. I find the language to be a joy to use and I especially enjoy being able to share code between the front and back ends.

Beyond my technical skills, I pride myself in having strong opinions, but I also love to have my mind changed. That's the fastest way for me to grow which is my underlying greatest passion of all.

I'm currently looking for contract work or a full time position. If you're interested, you can check out my resume or read more below and feel free to contact me.

I love writing reusable code so I've developed many libraries over the years to help me write apps more quickly and reliably. I've even made several of them open source.

I was approached by a publisher to write a book to help new developers learn Swift. It was among the most difficult things I've ever done, but also gave me a huge sense of accomplishment.

Many of the apps I've created are not available publicly, but here are some that are.

Users can create and organize virtual flash cards and study them with powerful study methods all while the app automatically tracks how well you know each card. It also includes a store with pre-made content for users to download/purchase if they want.

The frontend is a native iOS app built with Swift.

The backend serves up the API for the app plus 3 different components for the web: Core website, content publishers portal, and an admin portal. It uses a framework I developed called Swift Serve. It's not currently designed for public use but it is open source and I use it across many different projects and websites (including this blog).

Users connect athletes' heart rate monitors to the iPad which then shows their heart rates and other related stats to the instructor. The same stats are also displayed on a connected TV.

The frontend is a native iOS app built with Swift making use of Core Bluetooth to communicate with the heart rate monitors. It also integrates with North Pole Engineering's WASP devices to support large numbers of monitors.

The backend serves up the API for the app, integrating with MINDBODY to organize the classes, and also provides an online portal for gym owners. It uses the same Swift Serve framework that I developed for many of my other projects.

The frontend is a native iOS app built for iPads with Swift integrating with Occiptal's Structure Sensor to take the 3D scans.

The backend serves up a basic authentication API for the app and provides a portal for the client to manage its users. It uses the same Swift Serve framework that I developed for many of my other projects.

I work with clients in many different ways. I joined teams, train junior devs, and also work as a sole developer. Sometimes I work exculsively on a client's iOS app while othertimes I provide an entire solution including a website and backend.

I'm often a part of the whole development experience from initial discovery meetings to delivery of the product, but ocassionally I've simply acted as a temporary consultant.

Above are the technologies that I've worked with that I can explicitly remember, but I pride myself in being able to pick up new skills very quickly.

This was a startup based in Denver, CO developing a social video platform for iOS. It was my first paid entry into iOS development where I started working with the company they were contacting with for development and as we transitioned the development to be completely internal, I became the iOS team lead working with a separate team in charge of the backend written in Rails.